(The information below will be updated to reflect our most current data.)

In March 2013,  the Dalhousie Faculty Association (DFA) released an analysis of Dalhousie’s audited financial statements showing that the proportion of the university’s operating budget devoted to teaching, research and libraries had declined significantly  over a 10-year period, while the proportion allocated to administration had increased.  The study also showed that millions of dollars had been diverted from Dalhousie’s operating budget to fund new building construction. 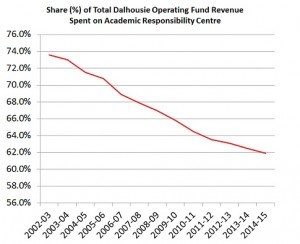 During the summer and fall of 2015, the DFA updated its analysis to reflect the university’s financial statements for the 2012-13, 2013-14 and 2014-15 fiscal years and the situation has worsened.  We discovered that:

Click on the image below to download a .pdf of our brochure, Making choices: How Dalhousie spends its money…and why it matters 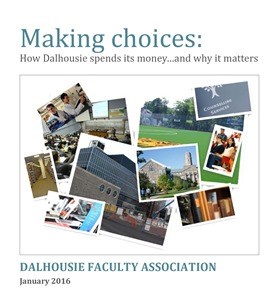 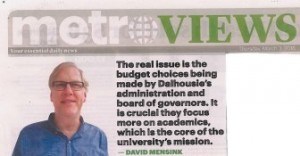